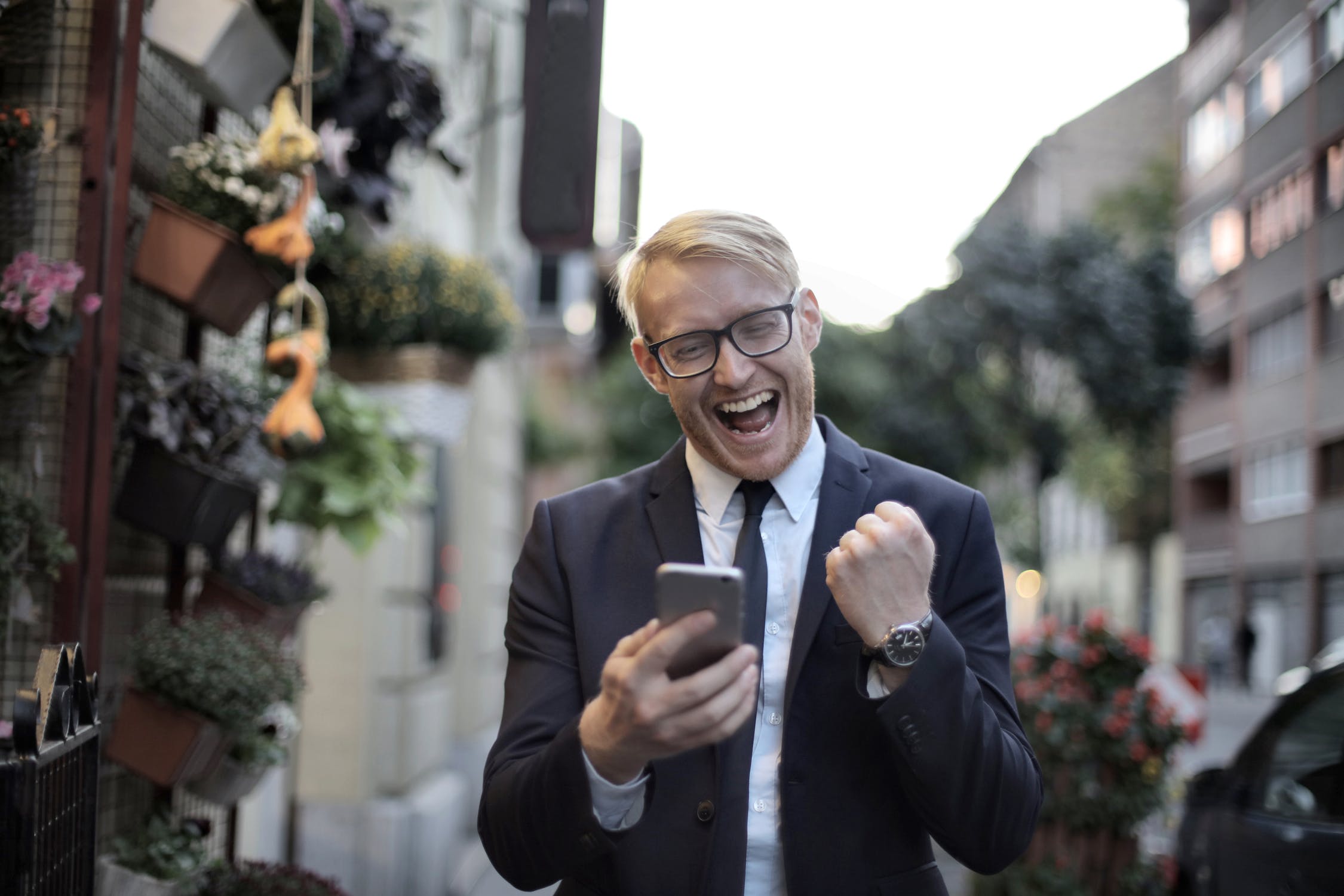 Titan Invest, which regards itself as a robo that brings hedge fund-like management to the masses, was the top performer over the second quarter, the year-to-date period, and the 1-year trailing period ending on June 30th. Its portfolio also had the best equity performance over the period. This is due in part to its purchase of an inverse S&P 500 fund in March. This is a strategy that we have only witnessed at Titan and it proved quite timely.

While the S&P 500 was down 3.09% for the first half of 2020, Titan Invest’s portfolio increased in value by 11.51%. Titan’s performance was also bolstered by its holding of individual securities, such as Amazon, Microsoft, Netflix, and Apple. Although certain segments of the market lagged, the aforementioned tech giants drove the broad market higher with their strong performance. Titan is also notably one of the few taxable portfolios we hold that is a 100% equity strategy.

Year-to-date, robos’ equity holdings returned -7.78% on average. While the average robo underperformed the S&P 500, the S&P 500 is a large-cap index, and large-caps were one of the strongest performing areas of the market during this period. Robos hold diversified assets and typically have exposure to international equities as well as mid- and small-cap. We also expect our robo universe to be less volatile than the market, as our taxable robos are positioned around a 60% equity allocation.

Wealthsimple Continues Strong All Around Performance

Amongst the moderately positioned group (60% equity) of taxable portfolios, Wealthsimple was a strong performer both when compared to the Normalized Benchmark and when looking at only equity or fixed-income performance. Our standard and SRI Wealthsimple portfolios placed third and fourth, respectively, when compared to the Normalized Benchmark over the first half of 2020. The standard portfolio was the top fixed-income performer. We attribute this performance to two choices.

First, the standard portfolio stood out because the entirety of its fixed-income holdings are investment-grade, with nearly two-thirds being long-duration U.S. Treasury bonds. Long-duration treasuries offer downside protection as rates fall and uncertainty increases. The portfolio’s fixed income returned 12.99% since the beginning of the year and 13.12% over the 1-year trailing period. Second, Wealthsimple purchased minimum volatility international equity funds towards the end of 2019. In the extreme volatility earlier this year, these funds provided downside protection. They did, however, damper performance in the second quarter when equity markets rebounded.

Across our robo portfolios and the market generally, there are a few clear trends over both the short and long term that have driven performance. In equity markets, growth stocks have both weathered the pandemic well and proven to be long-term winners. Domestic has provided superior returns in the last four years. While domestic large-cap stocks slightly underperformed mid- and small-cap peers in the second quarter, they are still the leader YTD. In fact, within domestic markets, large-cap stocks have outperformed consistently over the past four years. See the indices return chart for year-to-date and 3-year returns.

Consequently, portfolios with equity tilts towards growth, domestic, large cap, or some combination of those factors, posted superior returns. It is worth noting that outside of themed portfolios and Titan Invest, growth tilts are not commonly seen in our universe. Quite a few providers have a distinct value tilt to their portfolios, while most are neutral towards growth and value, often holding market-weighted funds.

In the first half of 2020, the top three equity performers, as measured by returns vs. the Normalized Benchmark, were Titan Invest, Morgan Stanley Robotics, Data, and AI portfolio, and the Morgan Stanley Genomics and Biomedicine portfolio. Titan, discussed above, has a growth tilt via its selection of individual holdings. The Morgan portfolios are themed portfolios. Its Robotics portfolio relies on a group of themed ETFs that focus on robotics, cloud computing, and innovation, with the resulting portfolio having a heavy growth tilt.

The story is similar for the Morgan Stanley Genomics portfolio. It holds the ARK Genomic Revolution ETF (ticker: ARKG), which according to ETF.com, was the top performing ETF in the first half of 2020. Other biotech ETFs it holds have had outsized gains when compared to the broad market and even other growth stock ETFs. In fact, five of the top ten year-to-date equity performers were themed Morgan Stanley portfolios. Relative to the standard Morgan Stanley portfolio, these outperforming themed portfolios have a larger allocation to growth stocks.

Schwab was the worst equity performer over the first half of the year. In terms of value-growth and domestic-international spectrums, it falls on the opposite side of the top performers, tilting towards value and international holdings. Its equity holdings returned -13.45% over the period, or 6.75% below the average robo. However, even when looking at Schwab’s Domestic Focus portfolio, which removes some of the international holdings, it was still the third-worst equity performer at a 12.60% loss.

As we have mentioned in several previous reports, Schwab’s portfolio has the largest allocation to cash amongst robos. While this may be a buffer in a down market, other holdings, like treasuries, can provide better downside protection. In the second quarter, stocks and bonds were up across the board and Schwab had roughly 10% of its portfolio in cash, creating a drag on performance.

Corporate bonds have outperformed municipals as a whole. After long-term treasuries, long-term corporates have been strong performers. Holding the Barclays Agg provides significant exposure to treasuries, and portfolios with ETFs that track the Barclays US Aggregate Bond Index, including second- and third-placed year-to-date top performers JP Morgan You Invest and SigFig, saw their fixed-income holdings perform well.

3-Year and 4-Year Performance Winners: SigFig Takes the Top Spot Across the Board

After leading performance relative to the Normalized Benchmark in the last Robo Report over the 3-year trailing period, SigFig has also claimed the top 4-year equity and fixed income performance spots for the period ending June 30, 2020. SigFig’s equity holdings returned 9.40% annually, while its fixed income returned 4.29% annually. We attribute SigFig’s strong performance to holding more emerging markets than developed as a percentage of its international holdings and its choice to rely on simple total stock market ETFs, which are heavily allocated to the large caps that have performed so well.

Over the 3-year period for which we have data on more robos, Axos Invest and TIAA placed second and third, respectively, for performance compared to their Normalized Benchmarks. SoFi was the top equity performer over the period, with a 6.82% annualized return, and Wealthsimple was the top fixed income performer, primarily driven by its exceptional performance in the past year, with a 6.67% annualized return. The average 3-year equity and fixed income returns were 5.12% and 4.34%, respectively.

Over the 1- and 2-year periods, the robo advisors’ bond holdings outperformed the equity holdings by 4% to 5% annually, giving credence to the importance of asset class diversification. 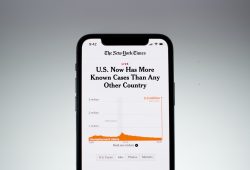 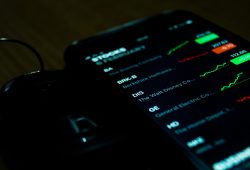